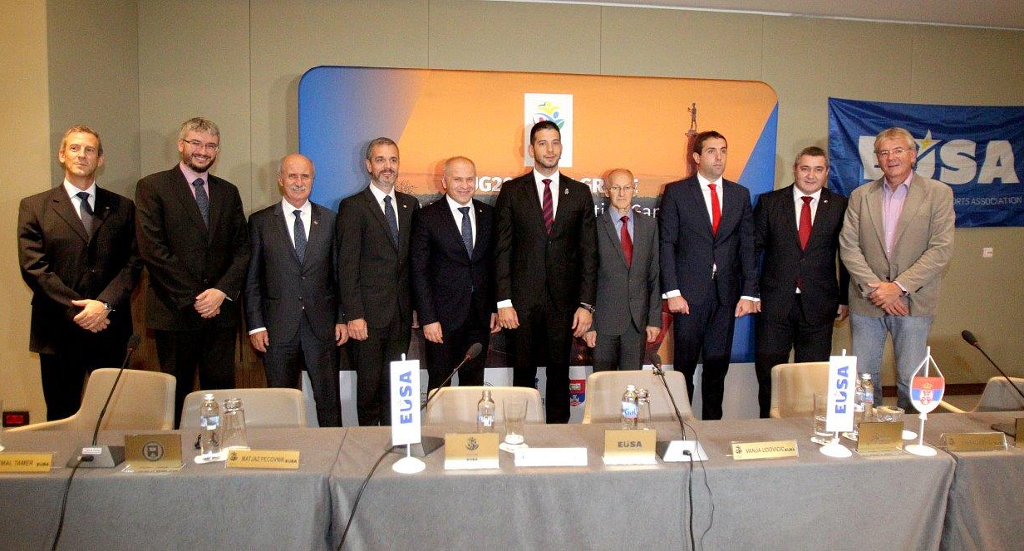 Prior to the meeting, on November 10, the Rector of the University of Belgrade Mr Vladimir Bumbasirevic met with EUSA President Mr Adam Roczek and Secretary General Mr Matjaz Pecovnik, together with the President of University Sport Federation of Serbia Mr Sinisa Jasnic.

The focus then shifted specifically on sports events, first reflecting back on the very successful edition of the European Universities Games, which were held in Zagreb and Rijeka in July 2016. Progress reports of the EUSA 2018 Games in Coimbra and 2020 in Belgrade were given, as well as on European Universities Championships 2017. At the meeting also the 2019 EUSA Championships were attributed and commissions members nominated.

The information about the projects and activities supported by FISU and European Commission and other European institutions were presented, followed by reports on the 2017 EUSA Conference and Gala, which will take place April 6-9 in Coimbra.

Before the formal part of the meeting concluded, the establishment of EUSA Institute was presented, followed by the activity plan for the upcoming year. The event was concluded with a sightseeing tour of the city and a dinner in a traditional restaurant, where the participants were able to enjoy the Serbian cuisine and culture.