Ever since the Bolivian National University Games were initiated, it has made all the difference to the university sports movement in the country.

“We have now held six editions of the National University Games and we are improving with every edition,” says Max Mendoza, Director in charge of the Bolivian University Confederation (CUB). “The results were immediate. Thanks to the organisation of these games, we were able to take Bolivian athletes to different games at the international level, such as South American Games and World University Games, where each year the level of athletes improved considerably.” 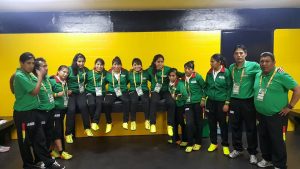 Max Mendoza was in conversation with future FISU Volunteer Leaders Academy participant Guy Galindo Quiroga. He spoke of the history of the CUB, including the fact that although it was born 92 years ago, it has been associated with FISU and university sport for about 15 years.

“Since 2013 we have had more active participation,” continues Mendoza. “It was then that we began a much stronger commitment to the development of university sports in the

The Bolivian university system has approximately 500,000 students, potentially all of whom can participate in the 18 sports disciplines that are currently offered. Last year, 2,500 athletes participated in the National University Games in Tarija, in October 2019. 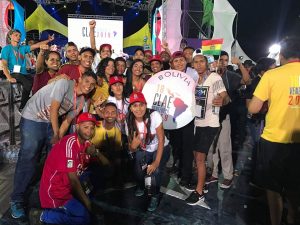 Mendoza also explained how difficult it is to encourage university sports activity in Bolivia, especially due to the economic limitations of the CUB itself. It is for this reason, that financial support is requested from each student federation of each university – a partnership that is essential for the development of sport and the national games.

The CUB communicates directly with each student federation of all the universities of Bolivia, and in recent years the foray into social networks has been very helpful to make more students aware and participate in CUB activities and events. 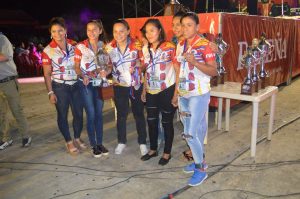 The CUB’s digital channel ‘Connection U’ was a big hit during the 2019 FISU World University Games, when events involving Bolivian athletes were streamed live and in HD quality.

“This really helped the World University Games have a better status among our student population,” added Mendoza.

Finally, Mendoza told Guy Galindo that he is working to add more sports disciplines into their programme, although budget remains the biggest issue. He said the State does not support university sports enough, but CUB is seeking a larger budget through other means, so that Bolivian university sport has a better place in continental and world levels.