In March 2019, with athletes outfitted in Siberian-ready parkas for the Krasnoyarsk 2019 Winter Universiade, the Chengdu 2021 candidature committee received the news any bidding city wants to hear – that they won the right to host the FISU World University Games during the summer of 2021. 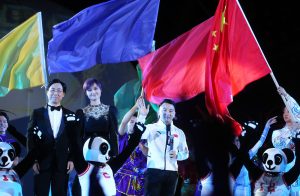 With the International University Sports Federation (FISU) Executive Committee voting in Chengdu’s favour, the stage was set for the first world multi-sport event to take place in western China. However, it won’t be the first time for the world’s university elite to compete in the country, as the summer event had previously taken place in both Beijing in 2001 and Shenzhen in 2011. Harbin had also hosted the winter edition of the World University Games in 2009.

“Clearly Chengdu is a city with both a rich history and a bright future,” said FISU President Oleg Matytsin following the event attribution. “We feel very privileged to have the opportunity to be a part of that future, bringing the best student-athletes from all over the world to Sichuan’s capital. We do not doubt that Chengdu 2021 will prove to be an exceptional event that will make a lasting and very positive impression on both the participants and the city itself.”

Under the slogan ‘Chengdu Makes Dreams Come True,’ the Games will take place from 18-29 August 2021, with the moniker, as well as the event mascot, having come from a global call for ideas and inspiration. With its sweeping U-shaped design, the logo invokes cultural elements such as the Golden Sun Bird, a historical representation of the ancient Sichuan civilisation and the purity of the flame for the Games.

Chengdu one year 2The mascot of the Chengdu 2021 Games is an adorable giant panda, an animal that calls the region it’s home. This panda answers to the name ‘Rongbao’ and proudly holds the Games’ flaming torch aloft.

The list of FISU World University Games athletes having gone on to achieve Olympic and World Championship glory is long, proving that the FISU event is often an essential stepping-stone in a young athlete’s career.

In addition to being the hometown of pandas, Chengdu is the capital of the Sichuan Province and one of the largest cities in western China. With more than 4,500 years of civilisation and 2,300 years of urban history, the city is known colloquially the ‘Land of Abundance’ and renowned around the globe as a gastronomic hotspot. 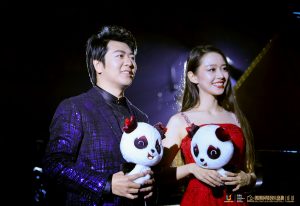 Chengdu is also one of the most economically dynamic cities in China, and a benchmark city for building an international business environment. Over 300 of the world’s top 500 companies have established offices in Chengdu, with more than 100 airlines operating routes in and out of the city. Soon, Chengdu will become the third city after Beijing and Shanghai on the Chinese mainland to be home to two international airports. Next summer’s FISU World University Games will be yet another feather in the city’s cap.

Chengdu is a befitting centre for these games, as it is a leading seat of education. It is home to 64 universities, including Sichuan University, with nearly 1 million enrolled students.

The city is also rich in sporting infrastructure with many existing venues, such as Dong’an Lake Sports Park. Fortunately, Chengdu comes with extensive events hosting experience, having staged more than a hundred international sports events including the ATP250 Chengdu Open, the World Police and Fire Games, as well as the ITTF Men’s World Cup and Women’s World Cup. Following the FISU World University Games, the city will continue as a sporting hotspot with the 2022 World Team Table Tennis Championships, 2023 AFC Men’s Football Asian Cup, and the 2025 World Games all on the upcoming international sports calendar.

Keeping with the spirit of the Games’ guiding principles of ‘Sustainable, Smart, Spirited, Shared,’ the Dong’an Lake Sports Park will be the main venue for the opening ceremony and the World University Games Village will be on the campus of the Chengdu University.

With one year to go now for the most significant university sports spectacle, the Chengdu 2021 organisers have enlisted Olympic gymnastics champion Feng Zhe and the world champion artistic swimming duo of Jiang Wenwen and Jiang Tingting as event ambassadors. These high-profile athletes are lending their voice and status to further promote the last twelve months run-up to the World University Games.

On 18 August 2020, Chengdu will mark the 365 days to go with a unique one-year countdown event, where the world will get a peek into what to expect next summer. Keep your eyes out for what this Chengdu-style event will look like, as it is sure to help set the trend for what the Games will look like one year later.