Yesterday, with the games for third place between Ulisses Selles of Brazil (CBDU) and Nicolás Brizuela
of Argentina (FeDUA) began. The first game had a lot of parity and ended tied 1 to 1. The tension did not
go down in the second game, where equality was maintained and the result was repeated from 1 to 1.
This meant that everything would be defined in wich would be the last confrontation of the
players in the competition, Luis Guilherme took the game and the bronze medal 4 to 1.

The final crossing was as even / equal and with as much level as expected. The first game, tied at 0
raised the tension for the second game between Moisés and Ulisses. The Mexican began to get closer to
getting the Pan-American title of FIFA20, being able to win by 1 to 0, but without a
doubt, leaving the doors open for the definition of the last game of the first edition of the FISU AMERICA
eSports – FIFA20. The championship game was nothing less than incredibly exciting. The Brazilian took
advantage early in the game winning 1 to 0, equaling the overall result, but the Mexican was able to
score and tie the game, nothing was defined yet. One more time, Ulisses took the
advantage 2 to 1 and when it seemed that there could be one more game, Moisés tied the game again
and took the title.

Interviewing the FISU AMERICA eSports – FIFA20 champion, Moisés Uziel Canales Vargas, or better
known in the eSports environment as Uziel, the Mexican said: ” I am grateful to my federation
(CONDDE) for giving me the confidence to be able to represent Mexico. It is a great pride for me, and
having achieved the championship has been a way of giving back all that confidence. ’’ Regarding the
tournament, he stated that: ‘’ I progressed from less to more and I did not suffer defeats throughout the
championship. There are two games that I consider key, the first one was in the semifinals, which was
defined by a goal (2-1). And the second key game was the final where the tension was very high, tying
two games and in the last game by the 35th minute I had one less player on the field. I decided to extend
the game and at the 80th minute do my best, and so I could score in the 85th minute that allowed me to
get the championship. ’’

‘’ I want to dedicate it to all Mexicans and to all those who were supporting me from the first day. I try to
do my best until the last minute, for which I am very grateful for the encouragement. ’’
In a unknown situation for the entire world, an innovative idea emerged to continue linking the continent’s
federations and proposing new activities to student-athletes from all over America. For this reason, FISU
AMERICA spoke with its president Alim Maluf Neto, who spoke about the feelings that the championship
left: ” We are happy of what we achieved in this tournament, in a very short time we achieved that 36
athletes from 15 countries across the continent participated in what was the first international competition of the University of eSports ”. 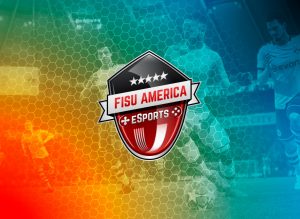 Continuing on the current situation of the planet and the adaptability of the federations to continue being
active, he commented: ” We transformed a time of crisis, we analyzed it and we looked for
ways to continue with the development of university sports, we became pioneers of the University
eSports worldwide. We deployed a very large technical development, and we were also able to grant a
high-level competition’’

There is still no visible horizon regarding the pandemic and the president of FISU AMERICA is trying to
find a way to improve the situation from his position and turn it into an opportunity: ” This is just the
beginning for us, we will keep looking for new challenges, giving our community more tools and
resources to cope with this situation in the best way and using it as learning. We feel comfortable looking
to push our limits and grow more and more. As our motto says, ‘One Continent, One
Passion’, we will continue more together than ever ’’