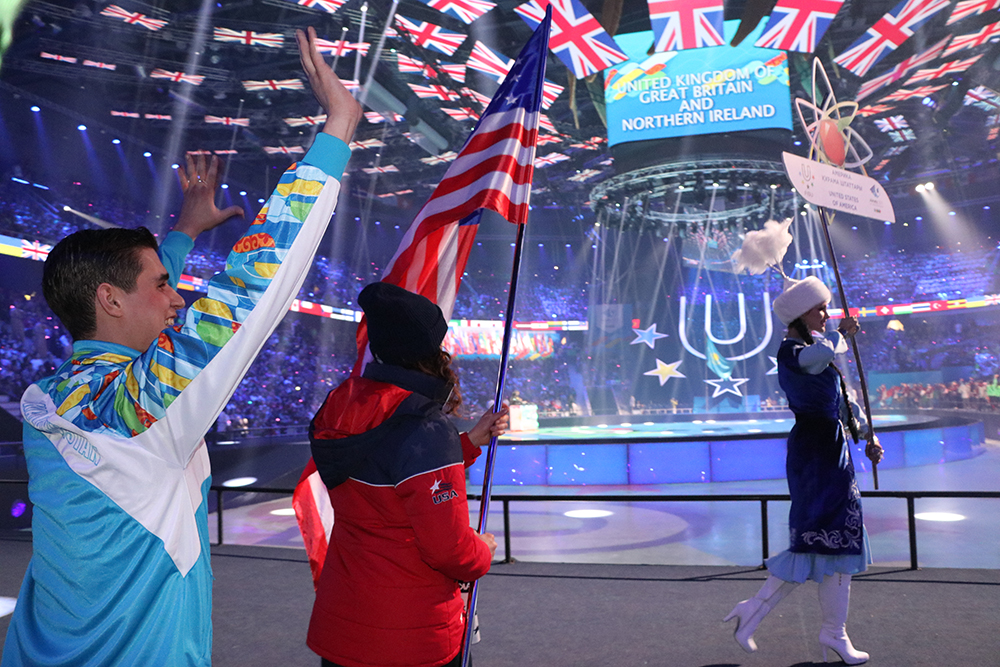 USA Team, fifth in 2015 Gwangju Summer Universiade Medal Table (20-15-19), is preparing the largest delegation since 2011, with near 550 people, and for the first time since Buffalo Universiade in 1993 the country will have both men and women’s soccer team.

Basketball power will compete for its fifth-straight gold medal in women, but only one player of that team has already competed for the United States before. Among men, they will defend 2015 gold medal, wich they won after beating Germany in 2OT in the previous games, standing atop podium for the first time since 2005. Mark Emmert, the president of the NCAA, will travel to Taipei as a guest of USA Team with the hopes of building a stronger relationship with Universiade organizing members, to bring top American students-athletes to future Universiades.

In baseball, United States will be represented by University of Iowa. In fencing by Alexander Massialas, the number 2 ranked foil fencer in the world. Sophia Strachan is the reigning world archery field champion (junior). Additionally USA table tennis is featuring four Olympians. Another contender for gold is William Jackson, who finished with a bronze in taekwondo in the 63kg weight category. He is the reigning 2017 USA college championship winner, as well as the winner of the German Open.

Nels Hawkinson, deputy head of delegation, said: “Coaches, the students-athletes and staff will have one of the greatest experiences of their lives, staying on the Athletes Village with over 10.000 athletes from 170 countries. The opportunity to march during the opening ceremony, experience the wonderful Taiwanese culture, and represent the United States is something we are proud to offer.”