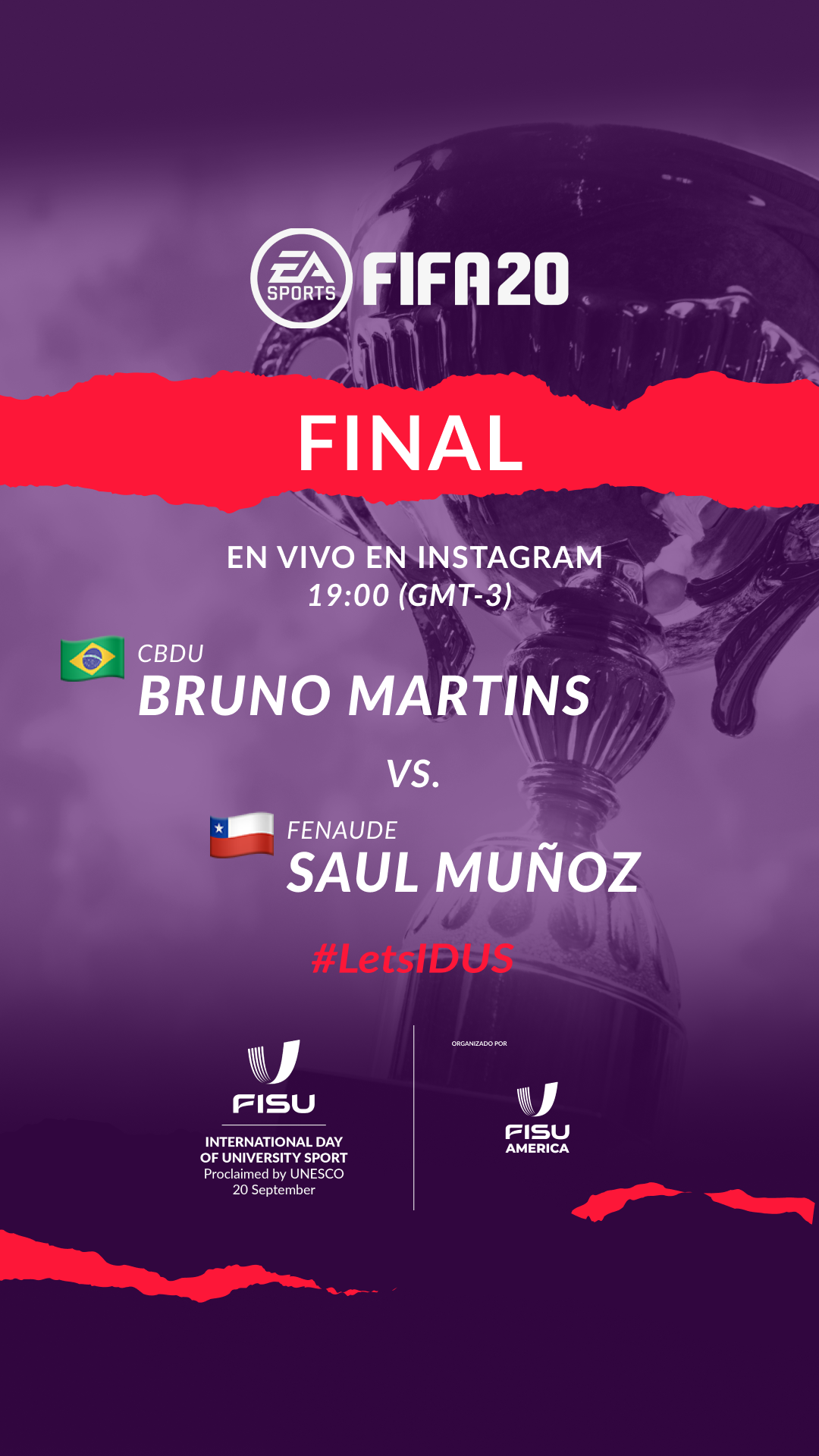 This week was carried out the FIFA20 esports festival commemorating the International Day of University Sport, where students from all the continent participated looking for who is the best in America.

After 5 intense rounds where we can see an amazing level of the students, only two players were able to play the final game. One of them was the Brazilean, Bruno Martins, who beat José Pablo Ruiz(CRC) in semifinals by 2-1 and on the other side was the Chilean, Saúl Muñoz, who won his game against Piero Carrasco(PER) by 2-0.

In a game that faced the best 2 players of America and that generated a lot of expectation, just one can be the champion and that was Bruno Martins, representing CBDU, by 4-2. With this result he became the FIFA20 champion.

Next week FISU AMERICA continues celebrating the International Day of University Sport with the Clash Royale competition. For more content follow us on our social networks or in the official page of the event.