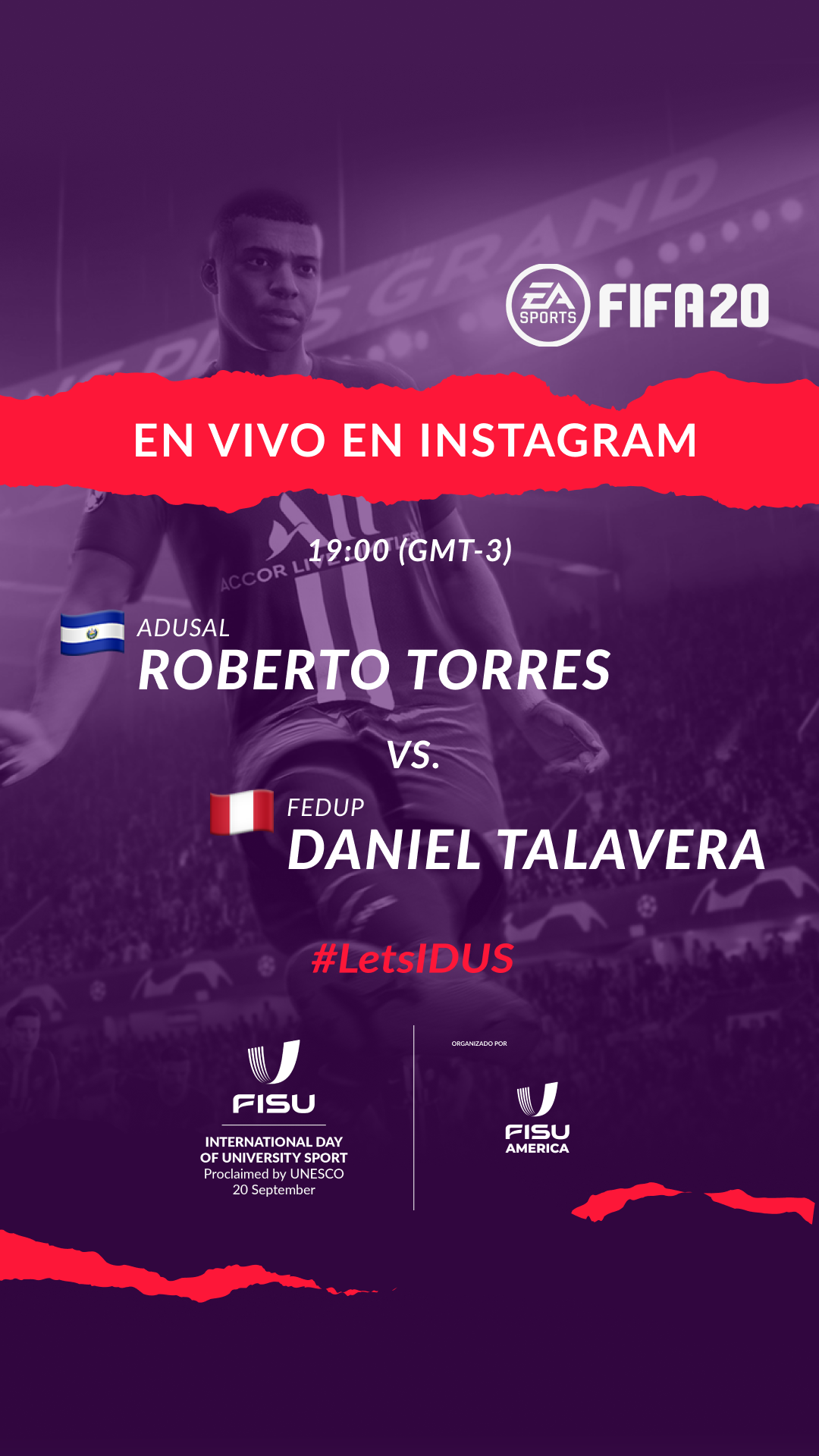 On September 20th the FIFA festival organized by FISU AMERCA started, like one of the many activities in commemoration of the International Day of University Sport. Player from the whole continent could register.

The competition was structured by rounds of playoff, with short matches and simple elimination. 33 players are being part of the festival. The first round was on the 20th and 21st, the second was yesterday (22nd) and these two stages eliminated 16 participants. The third round is today 23rd. Only from the 5th round on the 25th the playoff will be with the format the best of 3.

On Monday the games streamed was: Bruno Martins (BRA) against Marvin (HON), where the brazilean won by 13-1, Edgar Medina (MEX) against Saul Muñoz (CHI), also by a huge result 14-1 for Muñoz. On Tuesday, Daniel Talavera (PER) won his game by 7-2 against Andres Serna (COL), and today José Pablo Myrie (CRC) beat  Marco Alberto Garcia (HON) by 3-1. All the results can be found here.

For today ‘s transmission: Roberto Torres (ES) against Daniel Talavera (PER), and Jose Calderon against Alan Villanueva (HON). The streaming can be followed by the FISU AMERICA Instagram account at 19hs (GMT -3). Today the esports football festival is an initiative of FISU AMERICA. Continue following the activities in our social networks for more content and the official page of the event.