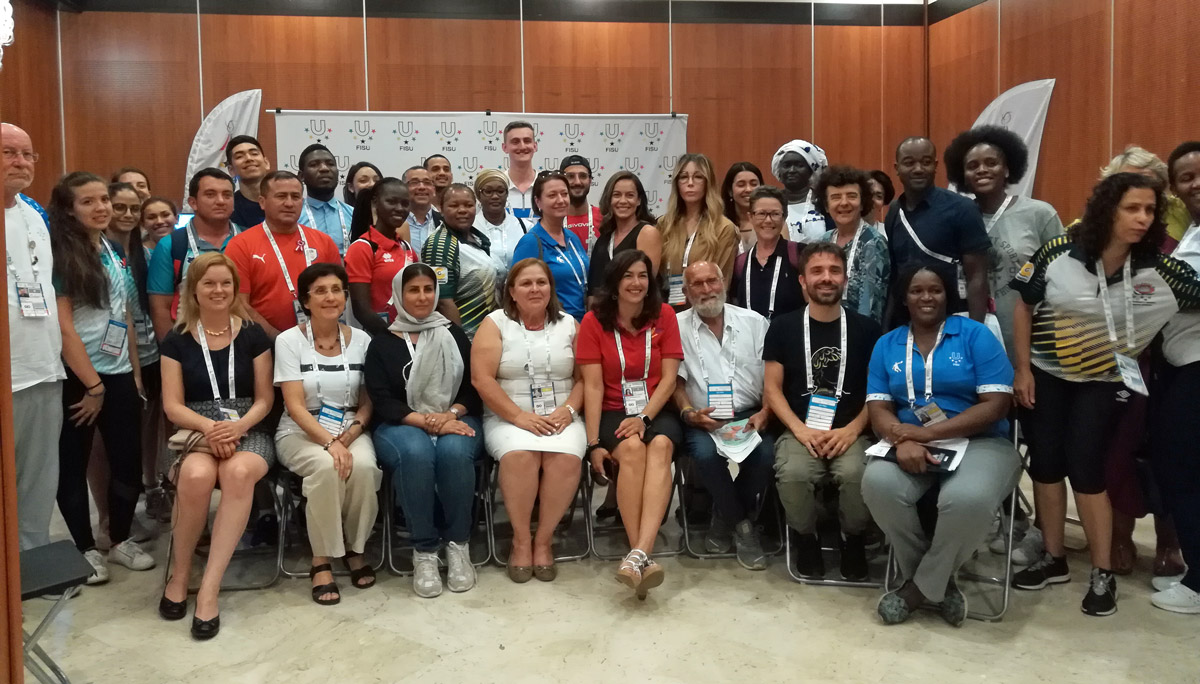 The FISU Gender Equality Committee (GEC) held its third meeting of the year this week, moving steadily ahead with its plans, with hopes that this proactivity will be a trend over the next four years.

The Committee, led by Chair Rosaura Mendez (CRC) and Vice-Chair Adam Pratchett (GBR), discussed and developed a number of ambitious project proposals, aiming to make Gender Equality in university sport an even higher priority and reality for FISU and its members.

Reflecting on her new Committee and the tasks ahead, Rosaura Mendez said, “I am excited by our new committee members who have already brought so many ideas to the table. We have a big task ahead, but with the right passion and determination, we will achieve our goals”.

While FISU has taken a significant step forward with the election of Peninnah Kabenge as the first female FISU Vice President in 2019, as well as the election of Nomsa Mahlangu as the first female President of the Federation of Africa University Sports (FASU), the number of female representatives in the Executive Committee and appointed Committee positions can be improved in the future. In fact, it is one of the proposals of the Committee to increase the number of women in leadership positions within FISU’s governance structures.

In recognition of FISU’s commitment to tackle gender inequality in sport, a working group has also been appointed to support the Committee, which is due to hold its first meeting later this month. Working group members will be responsible for supporting the development and delivery of the Committee’s projects alongside Committee members.

Looking to the future, Adam Pratchett, Vice Chair of the Committee said, “Over the next few years I hope we will be able to make a number of meaningful changes to advance gender equality within FISU and the university sports movement. We’re fortunate to have an ambitious Committee and I’m looking forward to engaging our members from across the world.”

Individuals, NUSFs and CUSFs that are interested in engaging with the Committee’s work should email the FISU Education and Development Team for more information.