The long awaited FISU AMERICA eSports -FIFA20 are going to start this Wednesday, May 6th, where the competitors from 15 countries of out continent will play to find out who is the best FIFA20 player of America.

After the national competitions organized by the university federations, the players qualified to the continental stage were defined, becoming part of the first international university eSports competition.

Before the tournament, today, May 5th, at 8pm (GMT -3), will be carried out a conference between the leaders of the federations and the players, to solve doubts about the rules, competition format, among other things. Also, will have place the group draw and fixture of matches. 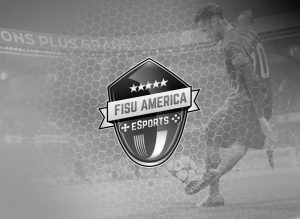 Facing this hard situation that affect the world, and adapting to the reality in this moment, FISU AMERICA keep making stronger the relationship between the federations and linking the athletes-students of continents, with the idea to make the family of university sports bigger.

The growing movement of eSports is undeniable and the America’s university sports demonstrated it. Great examples are the competitions organized by Liga Universitaria de Deportes (Uruguay), with more that 400 participants, or CBDU (Brazil) with more than 100 players where part of the national games, fight for their place. Federations like FEDUP (Peru), who determined its participants on May 2nd, had passionate streaming through different platforms where the public could support the athletes of their universities, from the comfort of their homes. In Argentina (FeDUA), with 64 player of 42 different universities, have participant from all over the country.

The Championship will start with a first stage of 36 players divided in 8 groups, 4 groups of 4 teams and 4 groups of 5 teams each one, where only two will move to the next stage. Then, the participants remaining will reach the round of sixteen, where they will play eliminatory games until the game for the championship, and also will be a game for the third place. The games will be streamed in the FISU AMERICA YouTube Channel.

Mentioned below the 33 participants that will represent their respective countries and universities in this first edition of the FISU AMERICA eSports -FIFA20:

FeDUA (Argentina): Nicolas Brizuela from the UNSAM and Yago Taboada and Facundo Cornago from the UNLaM.

LUD (Uruguay): Diego Guerra from the UDELAR and Martin Camacho and Santiago Petrocelli from the Universidad ORT.