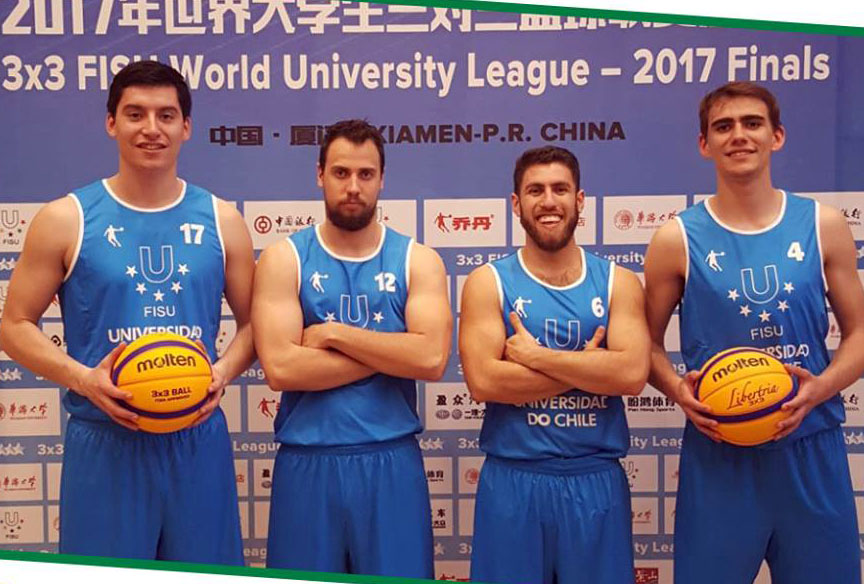 The University of Chile reached the semi-finals at 3×3 FISU University World League in Xiamen, China, where they lost with the team that result champion, and finished in a historic fourth place.

The team integrated by Emiliano Márquez Dogliotti, Sebastián Silva Cerda, José Brahm and Jairo Zamorano, had already won second place in the 3×3 Pan American organized by FISU America, which had given the Xiamen 2017 qualification.

In group stage, the Chileans suffered two defeats, against University of Kragujevac (Serbia) and UNLaM (Argentina), reviving the Pan American 3×3 final. However, a victory against ISEG (Senegal) gave the qualification as best third.

In the round of 16, they defeated Srinakharinwirot University (Thailand), 17-12, showing exceptional performance. No less valuable was achieved in the quarter-final crossing, where the blue team won 17-14 at Huaqiao University (China), playing his best game in the tournament. In the semi-finals, the Chileans lost 19-13 with “Mon-Altius” Phisical Culture Institute Mongolia, a team that had already eliminated Argentina in the round of 16 and ended up being the tournament champion.

On women’s side, none of the teams representing the continent, Catholic University of Chile and National University of La Matanza (Argentina), could overcome the instance of the round of 16.